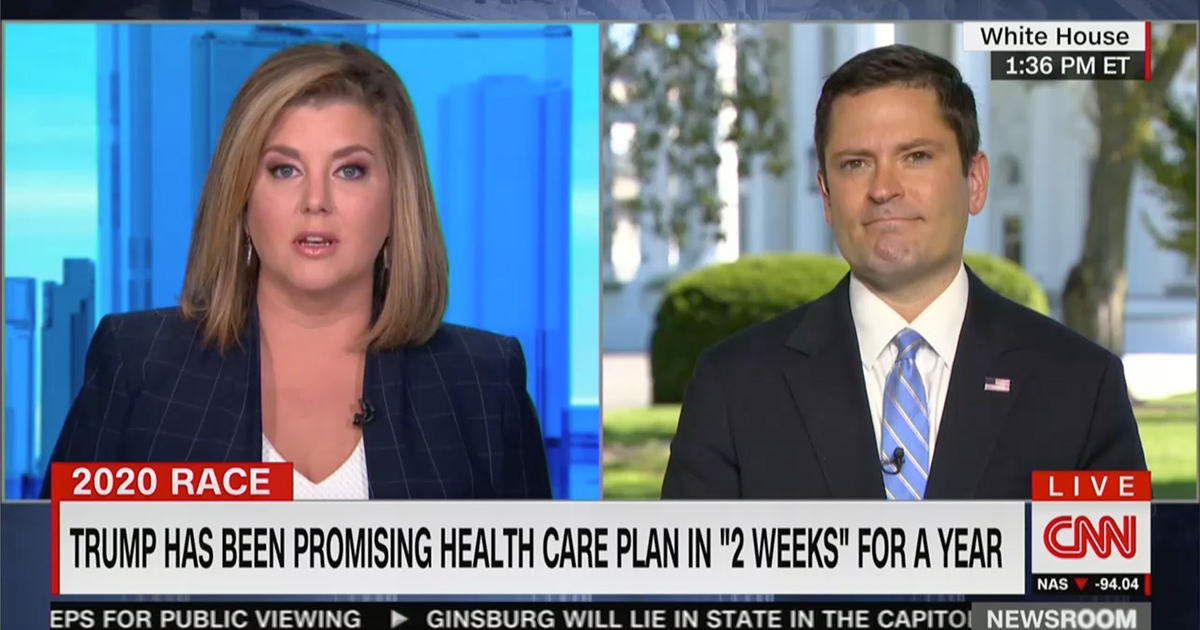 Morgenstern talked up what Trump has already done on health care and said that the president is “committed to protecting preexisting conditions,” and that he’s “about reducing costs [and] expanding access.”

“People are already voting. Where is the plan?” Keilar asked.

Morgenstern talked about how the American people can get a “pretty good preview” by looking at what he’s already done, but Keilar interjected and showed video of Trump saying at his ABC News town hall last week “I have it all ready.”

“That was six days ago. Where is the plan, Brian?” Keilar asked again.

“The president will roll it out when he is ready to do so and focus on expanding access, reducing costs…” Morgenstern started.

“Where is the plan?” Keilar asked again. “We are six weeks from the election. He’ll roll it out when he’s ready? People are voting. He’s been promising this over the summer, he’s been promising this for years. He’s asking the Supreme Court — in a moment that it will get soon — to get rid of Obamacare. He has to have something to replace that if he’s going to make good on the promises. Where is the plan?”

As they kept going back and forth, Morgenstern remarked, “I appreciate your persistence. You’ve now asked me the same question a number of times.”

“I’ve gotten the answer no times. I have not actually gotten an answer. That’s why I’m asking again,” Keilar responded.

“You can get a preview already from the many comments he’s made and many actions he has taken,” Morgenstern said.

Keilar again asked, “When will he release the plan.”

“He will release it very soon, Brianna,” Morgenstern said.

“He has been promising very soon and he has blown past his own deadlines. Before the election?” Keilar asked.

“Very soon,” Morgenstern said. “He will be very transparent on this policy.”

You can watch above, via CNN.

Have a tip we should know? [email protected]

The 7 Best Health Insurance for Unemployed of 2020