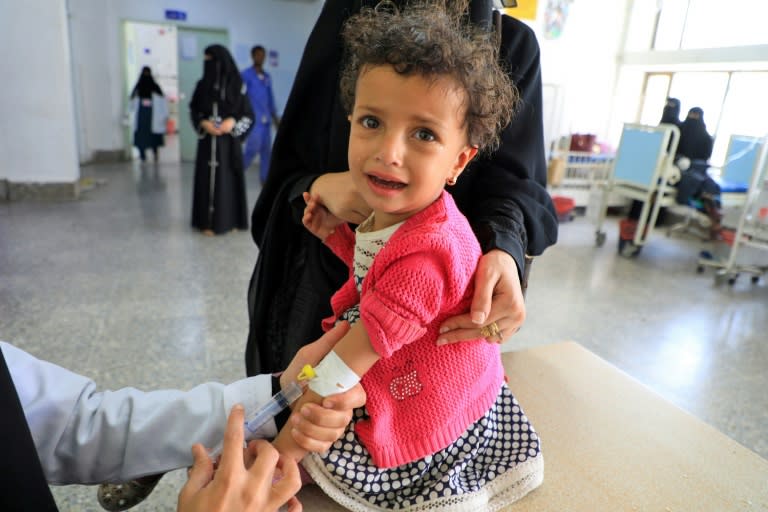 UN slashes health care in Yemen due to lack of funding

The United Nations said Wednesday that critical aid had been cut at 300 health centres across war-ravaged Yemen due to a lack of funding, with lifesaving food handouts also reduced.

Between April and August, more than a third of the UN’s major humanitarian programmes in Yemen had been reduced or shut down entirely, the UN said, warning of further drastic cuts “in coming weeks unless additional funding is received”.

Lise Grande, the UN’s humanitarian coordinator for Yemen, said only $1 billion of the $3.2 billion needed had been received.

“This is the worst humanitarian crisis in the world, yet we don’t have the resources we need to save the people who are suffering and will die if we don’t help.”

Yemen has been in left in ruins by six years of war and tens of thousands of people — mainly civilians — have been killed.

The UN says over 24 million people — more than three-quarters of Yemen’s population — need aid and protection.

“The consequences of under-funding are immediate, enormous and devastating,” Grande said.

“Nearly every humanitarian worker has had to tell a hungry family or someone who is ill that we can’t help them because we don’t have funding.”

Last week, two top UN officials told the Security Council of their fears for the declining situation in Yemen.

They also slammed several Arab donors, including Saudi Arabia, for failing to deliver on their aid pledges.

Mark Lowcock, the UN under-secretary-general for humanitarian affairs, warned the “spectre of famine” had also returned in Yemen.

UN envoy Martin Griffiths said Yemen could “slip back away from the road to peace” and cited “increased fighting, greater humanitarian needs and the Covid-19 pandemic” as among the factors in play.

Yemen’s internationally recognised government has been battling the Iran-backed Huthis since 2014, when the rebels seized much of the north.

A Saudi-led military coalition intervened on the side of the government the following year.

In Union, There is Strength: How Our Union Benefits Our Nonprofit’s Mission – Non Profit News