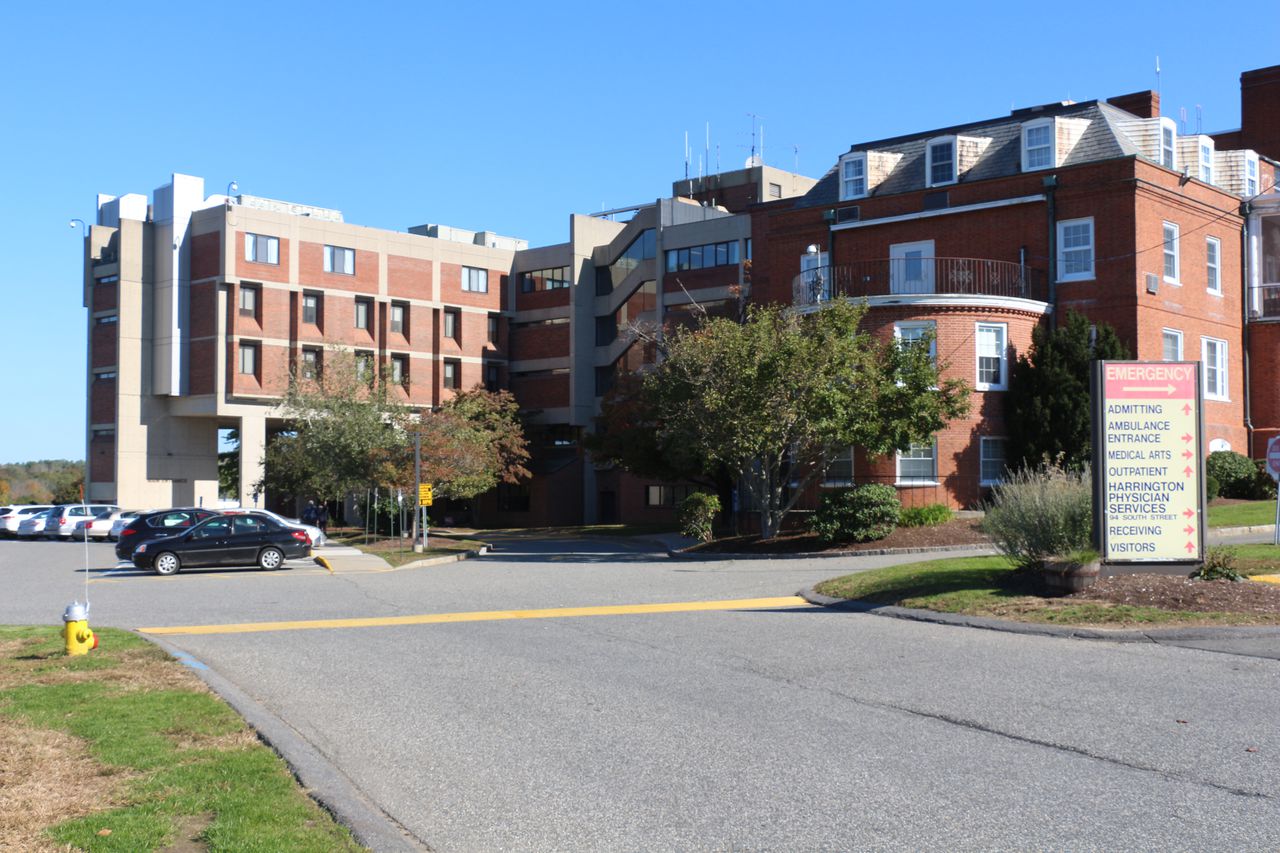 Harrington HealthCare System and the Board of Trustees of UMass Memorial Health Care on Wednesday agreed to UMass Memorial acquiring Harrington Hospital, a deal that has been pending for months as hospitals treated coronavirus patients and felt financial strains amid the pandemic.

The groups reached an agreement on definitive terms for a corporate affiliation, officials said.

“When we entered into our initial agreement with UMass Memorial in January, we had no idea what the next several months would bring. Our team performed exceptionally well and the community supported us every step of the way, but we could not have provided the outstanding care we did without the partnership and support of the clinical team at UMass Memorial,” said Harrington President and CEO Ed Moore. “This experience redoubled our confidence that becoming part of the system would offer maximum benefit to our community at a time that requires flexibility, scale, and resources.”

UMass Memorial announced in January its plans to acquire Southbridge-based Harrington Hospital, with final approval expected to take six to nine months after a period of due diligence. Executives at both systems believe the two will be stronger together, bringing better health resources to Central Massachusetts residents.

“The terms of the definitive agreement help protect access to local, high quality and affordable healthcare for our more than 200,000 patients, their family members and our community,” Moore said. “At a time when the number of independent hospitals has decreased dramatically and healthcare has grown increasingly complex, being part of UMass Memorial’s comprehensive, regional system anchored by an outstanding academic medical center is a clear positive for our community.”

During the pandemic, either institution could have decided it was too risky to move forward. UMass Memorial initially was expecting its worst year financially as the pandemic halted elective procedures, but since has reported improved financials.

Despite the unexpected challenges of the pandemic, leaders of UMass Memorial and Harrington both said this spring that they felt optimistic about the pending deal.

Harrington and UMass Memorial have maintained a beneficial working relationship for years, with many Harrington patients referred to the UMass system. Among the benefits of the acquisition would be getting Harrington access to Epic, considered one of the best health care record systems, which is used by UMass Memorial.

Other benefits of the agreement, officials say, include operating Harrington Memorial Hospital as an acute care hospital on the Southbridge and Webster campuses for a minimum of five years, as well as assistance to ensure there will be investment in facilities, equipment and other infrastructure to support clinical care and the community.

The vote to move forward with the corporate affiliation does not impact patient care services currently offered within Harrington’s system, like routine appointments, emergency care and diagnostic testing, and other services.

“We are pleased with the terms of this definitive agreement and are absolutely ecstatic about the opportunity to formalize our longstanding, excellent relationship with Harrington HealthCare. I want to thank the board of trustees and the administrations of both organizations for their diligence and hard work to ensure we have an agreement that reaffirms the importance of Harrington HealthCare to its patients, employees and community, while integrating this important healthcare provider into the UMass Memorial system,” said Doug Brown, President of UMass Memorial Community Hospitals and Chief Administrative Officer for UMass Memorial Health Care.

In the first six months of the fiscal year, UMass Memorial saw a loss of $28 million, CEO Eric Dickson previously told MassLive. Harrington Hospital CEO Ed Moore previously told MassLive that Harrington lost $4 million in March and about $5.5 million in April. In late July, Dickson said getting patients back into the hospital for screenings and procedures, as well as millions in federal funding, has helped bridge the financial gap.

During the pandemic, Harrington furloughed about 275 full- and part-time employees.

Harrington in 2018 formed a 10-member Strategic Executive Committee to evaluate long-term options to maintain the hospital. That led to a letter of intent with UMass Memorial in January and the start of the due diligence period.

Delays from the pandemic led to the due diligence period extending about three or four months longer then planned. Hospital executives have said that next steps include the signing of a definitive agreement and culmination of the deal in going through the regulatory process.

“To the Harrington HealthCare communities, I am proud to welcome you to the UMass Memorial family,” said Eric Dickson, the president and CEO of UMass Memorial Health Care. “Your addition immediately strengthens not only our health care system, it further enhances high-quality, patient-centered care in our region. Harrington has always been a tremendous ally and we look forward to an even stronger relationship starting today.”

UMass Memorial Health Care is the largest employer in Central Massachusetts. The medical center is the region’s only Level 1 adult and pediatric trauma center, Level 3 NICU and certified stroke center.

Harrington is a regional healthcare system that serves more than 25 communities across south Central Massachusetts and northeastern Connecticut. The system includes the hospital in Southbridge, Harrington HealthCare at Webster and three medical office buildings.