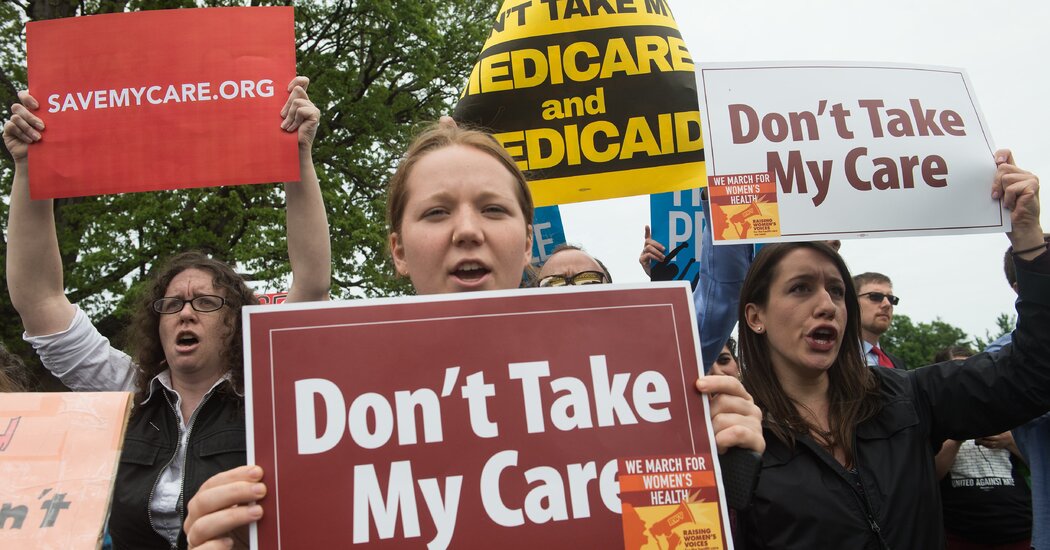 In May 2018, he boasted about “the plans we have coming out, literally over the next four weeks.” Twenty-four weeks later — having announced nothing — he said, “We are working many plans for health care.”

More than two months later, in June 2019, Mr. Trump told George Stephanopoulos of ABC that “we already have the concept of the plan” and that he would “be announcing that in about two months — maybe less.”

That is essentially what he again told Mr. Stephanopoulos on Tuesday night, as Dr. Blaque firmly stood her ground. She told him she was born with sarcoidosis, an inflammatory disease that attacks multiple organs, “and from the day I was born, I was considered uninsurable.” When she asked if the Affordable Care Act’s pre-existing conditions provision should “be removed,” Mr. Trump tried to answer.

“Please stop and let me finish my question, sir,” Dr. Blaque cut in.

Mr. Trump then repeated that he would not “hurt pre-existing conditions” and turned the conversation to Democrats and President Barack Obama: “He said, you can have your doctor. You can have your plan. And that turned out to be a lie, and he said it 28 different times at least.”

The exchange went viral. The sight of a Black academic with a Ph.D. confronting the president thrilled liberal Twitter. But the Fox News host Laura Ingraham, a staunch Trump backer, said he had been “ambushed” in the town hall event and called the forum a “total set up.”

In an interview Wednesday evening, Dr. Blaque, 57, said that while she relied on Medicaid as a younger woman, she was now insured by the State of Pennsylvania, her employer. She has long been a Trump critic, but had been undecided about whether to vote at all because she has not seen improvements in the lives of Black people under either party.

UB researchers aim to connect the dots on food access