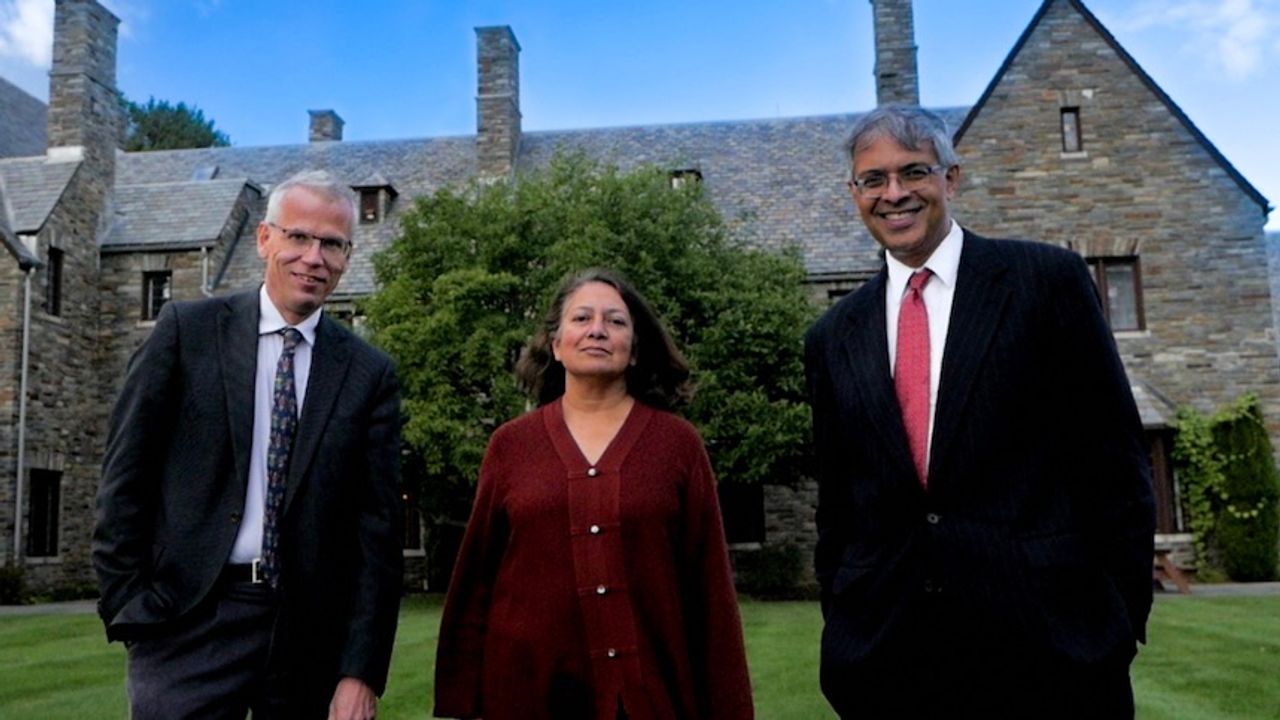 “Herd immunity is a concept used for vaccination, in which a population can be protected from a certain virus as a threshold of vaccination is reached. Herd immunity is achieved by protecting people from a virus, not by exposing them to it. Never in the history of public health has herd immunity been used as a strategy for responding to an outbreak, let alone a pandemic. Allowing a dangerous virus that we don’t fully understand to run free is simply unethical. It’s not an option.” – Director-General Tedros Adhanom Ghebreyesus, World Health Organization press brief, October 12, 2020.

The director-general’s opening remarks come as a response to an announcement made last week of the Great Barrington Declaration, an international proposal written and signed at the American Institute for Economic Research (AIER) in Great Barrington, Massachusetts, on October 4.

The declaration advocates an approach to herd immunity called “focused protection,” where the most vulnerable are supposedly provided haven. At the same time, the youngest are encouraged to become infected to establish broad-based immunity in the population.

The AIER, a libertarian think-tank, which posits as their aim “a society based on property rights and open markets,” is engaged in a highly reactionary, anti-working-class and anti-socialist enterprise. The declaration has been partly funded by the right-wing billionaire, Charles Koch, who hosted a private soiree of scientists, economists, and journalists to provide the homicidal declaration a modicum of respectability and formulate herd immunity as a necessary global policy in response to the pandemic.

The declaration was authored by Sunetra Gupta of the University of Oxford, Jay Bhattacharya of Stanford University, who is closely tied to Dr. Scott Atlas, Trump’s “chosen” coronavirus adviser and author of the discredited Santa Clara study, and Martin Kulldorff of Harvard University. These are all quite well-known scientists in their respective communities.

Clearly, behind the sham declaration is an attempt for these hirelings to use their credentials and institutions to provide a veneer of respectability. These same institutions of academics and science have over several decades become financialized and are deeply embedded in the political apparatus. It should be noted that Dr. Atlas has been severely criticized by over 100 of his colleagues from Stanford for his controversial stand on herd immunity.

Yale University epidemiologist Gregg Gonalves said to Mother Jones, “The authors are well-known people in public health, but they don’t represent anything like a consensus view about how to approach COVID. The rest of the people in their field are looking at them aghast.” In a blistering critique written for the Nation, he highlights critical factors in his opposition to the declaration:

• Most older Americans are deeply integrated into their communities, while nursing homes continue to remain vulnerable. Studies indicate that when infections surge among young people, the elderly are inevitably caught in the chain of transmissions.

• The CDC has also estimated that close to half of the population has an underlying condition that puts chronically ill Americans at risk for severe COVID-19 consequences.

A significant role in promoting the anti-science of herd immunity has been played by Jacobin magazine, which is affiliated with the Democratic Socialists of America. Jacobin published an article in the form of an interview with Dr. Katherine Yih and Dr. Martin Kulldorff, one of the declaration’s signatories.

They argued, “Schools and universities should reopen because young, healthy people contribute to the herd immunity that will ultimately benefit all.” Jacobin publisher Bhaskar Sunkara wrote, “Kulldorff declares the lockdown is the worst assault on the working class in half a century.” Sunkara has essentially endorsed the Trump administration’s homicidal response to COVID-19, deeply implicating the DSA as accomplices who have remained silent on these matters.

After the signing of the Great Barrington declaration, Drs. Kulldorff, Gupta, and Bhattacharya were invited to the White House and met with Trump’s coronavirus adviser Dr. Scott Atlas and Health and Human Services Secretary Alex Azar, to promote their new “focused protection” strategy. In promoting this murderous policy, they are agreeing that private profit and not human life should be the fundamental social determinant.

Last Friday, the Guardian noted numerous false names on the list among the signatories of the declaration signed by supposedly many scientists and medical practitioners worldwide. More will come out to expose the elements behind this reactionary declaration, but the fraud behind it is already being uncovered before the ink has gone dry.

Dr. Michael Head, a senior research fellow in global health at the University of Southampton, said the declaration was a terrible idea and doubted that vulnerable people would avoid the virus if it were allowed to become widespread. “Ultimately, the declaration is based on principles that are dangerous to national and global public health,” he said.

Last week the leading US epidemiologist, Dr. Anthony Fauci, characterized the Rose Garden ceremony in late September at the White House that led to numerous hospitalizations as a “superspreader event,” where one or two individuals are responsible for infecting many people. Recent experience with the pandemic has demonstrated that superspreading events are not isolated incidents; they are the main mode of transmission for the virus.

In a recent observational study, the largest contact-tracing study conducted to date with public health officials in two southeast Indian states that involved more than 85,000 infected people, the authors demonstrated this concept of superspreading quite succinctly.

Attempts by the Trump administration and state authorities to subvert real discussion and action on how to contain and suppress the contagion have shown that public health institutions are not apolitical entities but function as critical policy instruments of the ruling elite.

The zigzags seen with CDC guidelines in recent months can only be explained as the ruling elite’s attempts to distort the results obtained from health care data analysis to subvert scientifically-based, rational policy decisions. These changing guidelines are evidence of the factional disputes within the governmental apparatus driven by the ruling elite’s inability to effectively address the impact of the pandemic on crisis-ridden capitalism.

In the CDC’s most recent and long-awaited update last Monday, the agency finally acknowledged that the virus could spread through aerosolization. In other words, the small particles released by someone breathing, speaking, singing, yelling, or sneezing can linger in the air for minutes to hours and travel further than six feet.

What could be more compelling evidence than the super-spreader event that occurred at the White House on September 26, where 200 guests attended a ceremony at the Rose Garden to announce the nomination of Amy Coney Barrett to the Supreme Court? A federal emergency management agency memo released on October 7 confirmed that “34 White House staffers, housekeepers, and other contacts have been infected with the coronavirus along with the president, his wife, a Navy admiral, and several campaign aides.”

However, the White House and Trump are thwarting all attempts for the CDC to investigate the outbreak. The conditions that drove this super-spreading event prevail in schools, colleges, and universities. It should be added that Trump and his cronies are afforded world-class health care while the rest of the population faces a fractured system that promotes profit over quality health.

The third wave of the pandemic in the US is gaining momentum. The paradox in the US is that despite achieving a massive testing capacity with positivity rates at their lowest, cases continue to rise. In many countries that instituted broad testing, they were able to turn the tide of transmission. Lack of a contact tracing infrastructure means the testing as a stand-alone process does little to assist at a community and social level. It is the surest sign of the policy of herd immunity in action.

A physician who directs Duke University’s Center for Policy Impact in Global Health, Dr. Gavin Yamey, summarized it best, “This is beyond our wildest nightmares. It has been a debacle, a national catastrophe, and, in many ways, you could consider it a third wave. The third wave is a university reopening wave; it was a self-inflicted national wound.” It should be added that the opening of K through 12 schools has compounded this significantly.

These developments were not only foretold and foreseen, but they were also actually studied and modeled, and the results were published in respected journals receiving wide media coverage.

The WSWS has spoken of the ruling elite’s murderous policy of herd immunity most emphatically as a policy to ensure the extraction of profit at whatever cost. Regardless of the dangers, the capitalist class demands: “There is no time to waste. Come what may, let it rip! No more lockdowns!”

The policy of herd immunity, in its many facets, is the policy of malign neglect that pits the counterrevolutionary demand “all resources and power to the markets” against the life and well-being of the international working class. Providing a pseudo-scientific rationale or justification for such a callous and horrific policy becomes critical in subduing resistance and suppressing political consciousness.