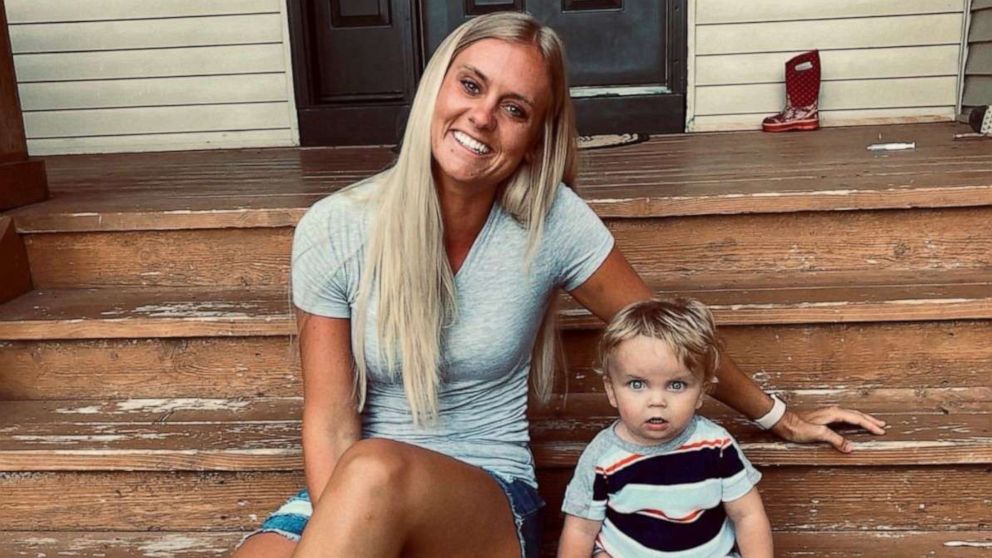 Taylor Pikkarainen, a traveling nurse, spent over two months this spring on assignment in New Jersey helping to save the lives of patients with COVID-19.

Pikkarainen, 27, then returned to her home state of Minnesota to save the life of a young boy by donating her kidney.

Pikkarainen found out about Bodie’s need for a kidney earlier this year through her sister-in-law, who is a close friend of Bodie’s mom, Gloria Hall.

Bodie was born with congenital nephrotic syndrome, a life-threatening condition that causes your body to discharge too much protein in urine and ultimately progresses to kidney failure, according to M Health Fairview University of Minnesota Masonic Children’s Hospital, where he underwent the transplant in July.

One of Bodie’s four older siblings also has the syndrome and required a kidney transplant five years ago; Hall was the donor. Because Hall had already donated a kidney and her husband, Bodie’s father, was not a match for their son, the family put out a plea for a kidney donor.

Once Pikkarainen heard about the need, she knew almost immediately she wanted to be Bodie’s donor.

“I was sitting there and just quickly looked up the side effects for me as a donor, for giving up a kidney,” she said. “There’s always a risk with surgery but there was no increased risk for kidney disease or kidney failure, having one kidney versus two.”

“And within half an hour I was signing up,” she continued.

Hall, who lives in a town neighboring Pikkarainen, said she remembers the exact moment she received a call “out of the blue” in February that her son finally had a kidney donor.

“I guess the biggest feeling was … of relief because it really was the thing hanging over our heads,” said Hall, who did not know at the time that Pikkarainen was the donor. “We knew it was the point where he needed to have the surgery and we obviously couldn’t have the surgery without a kidney donor.”

Bodie spent one month in the hospital after his birth and has had to undergo frequent infusions to help boost his kidney function. He has also relied on a feeding tube since the age of seven months, according to Hall.

Pikkarainen said she thought about remaining anonymous as Bodie’s donor, but then decided to tell the Halls by sending a letter and a stuffed animal for Bodie.

She also met Bodie in person for the first time a few days before the transplant, which was delayed due to the coronavirus pandemic.

“His nephrectomy was supposed to be in March, right around the start of COVID,” said Hall, referring to the surgery that had to be done to remove Bodie’s kidneys before the transplant. “And they told us they had to delay the surgery.”

“The hospital basically shut down all non-emergency surgeries,” she said. “For us, worrying about Bodie and his health, it was frustrating, but at the same time, nobody at that time knew how the whole situation was going to go.”

Bodie’s nephrectomy was rescheduled for May and he underwent eight weeks of dialysis, which involved being hooked up to an IV for four hours at a time four times a week, according to Hall.

On July 9, Pikkarainen’s 27th birthday, Bodie received her donated kidney in a transplant procedure that lasted around six hours.

“It’s hard to put it in words,” Hall said of her family’s gratitude to Pikkarainen. “We couldn’t really believe it, honestly, that someone we hardly know and not even a family member would be so willing to give one of their organs.”

“It’s the most amazing gift I think that you can give somebody,” she said.

Pikkarainen said she was discharged from the hospital after just three days and had a good recovery, adding that she hopes sharing her story will help inspire other people to be organ donors.

Across the United States, more than 109,000 people are on the organ transplant waiting list, with the majority in need of kidneys, according to the U.S. Department of Health and Human Services (HHS).

“I’d never had surgery before or been hospitalized so I didn’t know what to expect,” she said. “I thought it was going to be harder than it was, actually.”

Bodie is recovering well too and took his first steps after the transplant, according to Hall. The family also expects Bodie will soon be able to have his feeding tube removed.

He, like his older sister with the same condition, will stay on an anti-rejection medication for the rest of his life but is otherwise expected to lead a normal, healthy life, according to Hall.

“Looking at old pictures, you can tell he looked pale and had this sunken look in his eyes, which we didn’t even realize because that’s just how he looked,” she said of Bodie. “Now you can tell he just feels so much better.”

“We’re really grateful that she stepped up and followed through and did such a nice thing,” Hall said of Pikkarainen, to whom she sends near daily text updates on Bodie’s improvement.

Global Functional Food Market (2020 to 2027) – by Ingredient, Product, and Application