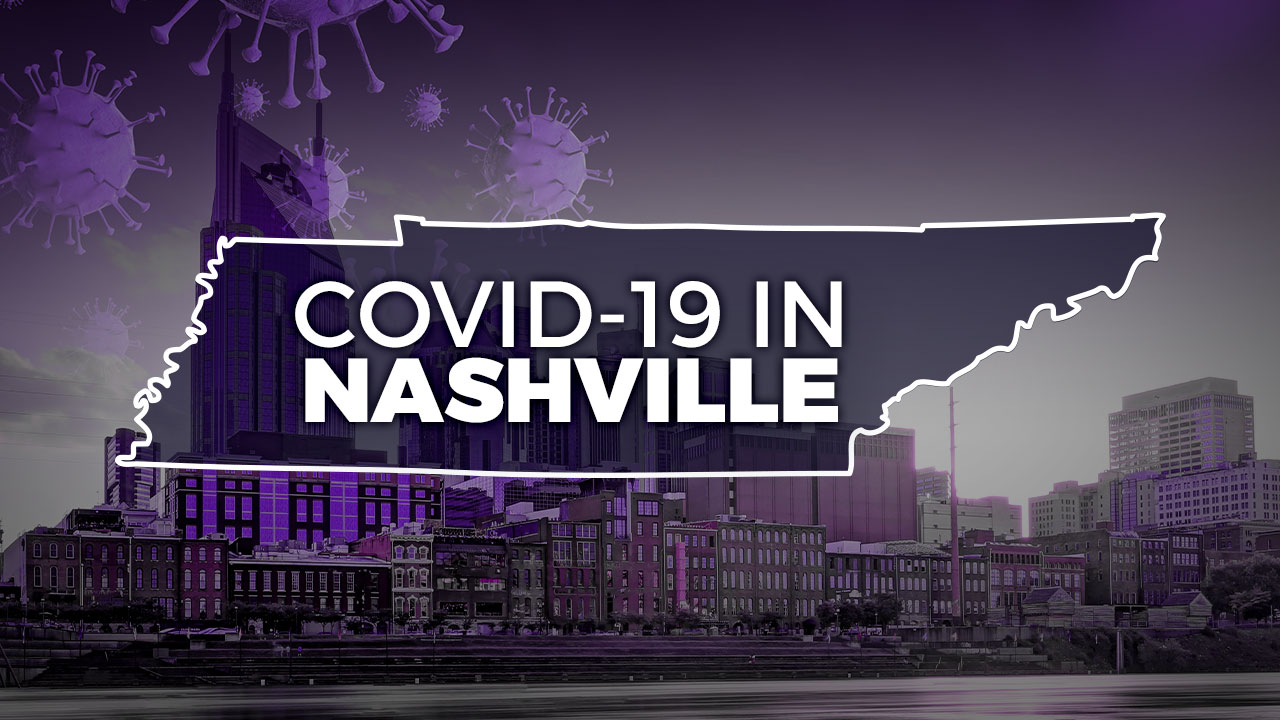 NASHVILLE, Tenn. (WKRN) — There are now 28,287 confirmed cases of COVID-19 in Davidson County and an additional two people have died as of Wednesday, according to the Metro Public Health Department.

Bars, construction sites, correctional facilities and a manufacturing plant are among the sites linked to approximately 2,600 coronavirus cases in Nashville since the start of the pandemic, according to the Metro Public Health Department.

A reported 27,007 individuals have recovered from the virus. Of the confirmed cases of COVID-19 in Davidson County, 1,015 are “active.”

The health department reported available hospital beds in Nashville are at 16% and available ICU beds are at 21%.

To be tested at a Davidson County assessment center, call the COVID-19 Hotline at 615-862-7777 to speak with a health care professional.

Metro Nashville Public Schools is phasing in some students this month followed by grades Pre-K to 2nd grade in elementary school after the fall break. The proposed timeline doesn’t have high school students starting until January.

Director of Metro Schools, Dr. Adrienne Battle, said their decisions were always based on safety first.

“We also know our high schools have the highest number of students who would be reconvening back in those facilities,” Dr. Battle said. “We also know the data and research with regards to our older students and the likelihood of transmission of the virus.”

On Thursday, Metro Schools reported nearly 600 students still haven’t shown up for online classes. News 2 is told some of these students may have transferred and never notified MNPS.

Football and girl’s soccer at high schools within Metro Nashville Public Schools will be allowed to resume this week.

“I’m proud to be able to say that high school students will be able to participate in sports and other extracurricular activities in person, whether they attend school in person or remain in the virtual environment,” said Dr. Battle during Mayor John Cooper’s weekly news conference on Thursday.

Fans won’t be able to attend games yet, but Dr. Battle said they are working on ways to add to the school spirit.

“We will allow cheerleaders and marching bands to be at games in a way that will provide for both social distancing and a bit of game time atmosphere.”

Fans will be allowed to return to Nissan Stadium in a limited capacity beginning Oct. 4 when the Tennessee Titans play the Pittsburgh Steelers.

Social distancing measures will be in place and fans must wear masks at all times, except when actively eating or drinking, according to the “Safe Stadium Playbook” released by the Titans.

Also on Thursday, controversy arose over email exchanges between Cooper’s staff and the health department.

In gathering evidence for a lawsuit against the city by Broadway business owners, Attorney Bryan Lewis said Metro’s legal department released about 500 pages of emails from the Nashville Mayor’s office and the health department to him. He claims many of them show the offices were purposely covering up the numbers.

“We are using these emails right now in attempt to try to allow, to get federal court to allow us to oppose Mayor Cooper, Dr. Caldwell, and the officials in the health department about these emails and why you would shut down this industry based on such a low number of cases to put thousands of people out of work,” Lewis told News 2.

Some of the emails show the mayor’s senior advisor, Ben Eagles, asking the health department for stats that would show where isolated COVID-19 outbreaks are occurring in social places, including events and bars.

Eagles shared with News 2’s Stassy Olmos a graph sent by the health department in response to his inquiries.

“Right here, right when these emails were happening, the weekend prior, when public health told Dr. Alex [Jahangir] that they’d identified cases coming from bars, we see a spike and that’s six clusters at that time, July 1st, identified from bars, it’s the highest date to that point, and that was during the biggest spike of cases,” Eagles explained.

News 2 inquired why the health official asked if the information was for the public and the department replied:

“If we were to release the referenced document publicly, we would have formatted it to match the formatting of other reports from our office. We also would have made sure it was accessible and contained additional context.”

The Mayor’s office also responded to the allegations in a press release Thursday, stating a recent report from a Nashville television station was, “published with limited information and without context.”

In the statement, Cooper’s press secretary, Chris Song, said the report used Metro email screenshots to falsely accuse the Mayor’s office and the Metro Public Health Department of withholding public health data that had previously been shared with and published by another local news outlet last month.

Song states emails from the same thread that emphasized the need to publicly release as much COVID-19 data as possible were omitted from the station’s report.

State politicians want answers on the matter. “Tennesseans deserve transparency. They deserve to know the truth,” wrote Congressman Mark Green in an official letter to Cooper.

A letter from Governor Bill Lee’s administration to Cooper’s office expressed the governor’s concern with an $82.6 million request of the state’s Coronavirus Relief Fund award for Nashville-Davidson County.

While Lee’s letter did not directly deny the city’s request, the governor addressed the response during his press conference Thursday afternoon.

“Metro Nashville in fact, per capita, has received more federal funding than any other county in the state through this pandemic,” said Lee. “That’s why I responded to the mayor and said that we would not be adding additional funding to Metro Nashville, per his request.”

On Friday, Cooper spoke with News 2 about the situation. He said understands the music and hospitality industries have suffered the most in this pandemic, but that he is taking care of his city, as a whole, adding the state should be focusing on taking care of businesses.

“We had the potential for being the mega super-spreader in the country, so we had to recognize that and deal with it pretty effectively ahead of time,” Mayor Cooper said, explaining why he kept bars closed for so long.

Stay with News 2 for continuing coverage of the COVID-19 Pandemic.