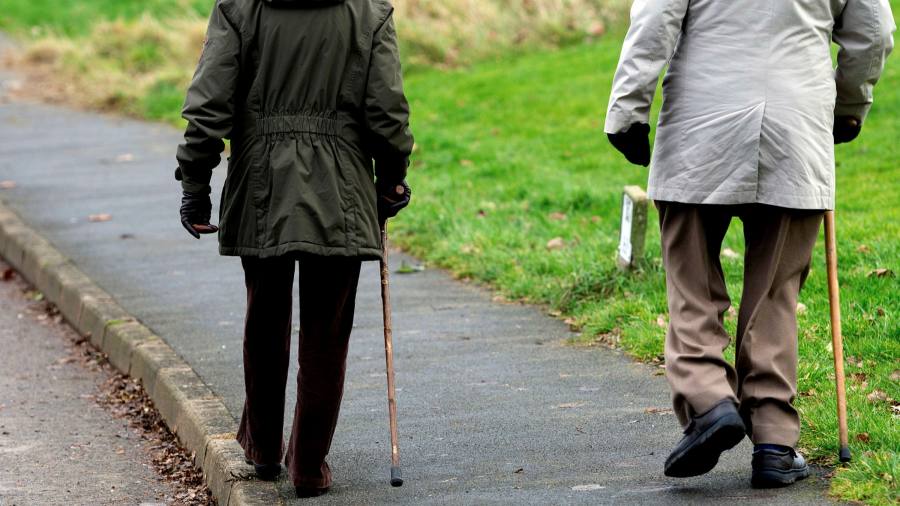 Fewer than one in 10 men, and only 16 per cent of women, in the UK are likely to be good health by the time they reach retirement, according to new research from the Institute for Public Policy Research a think-tank.

Most people’s “healthy life expectancy” falls short of the state pension age, which is currently 66 and will rise to 67 by 2028, according to a report produced in partnership with Future Health, a policy consultancy.

The research, published on Tuesday, drew a strong link between high levels of illness and a weakened economy, highlighting a geographical divide in which people living in the wealthiest local authorities are more likely to have a healthy life expectancy that exceeds their pension age than those born in areas with high levels of deprivation, such as Blackpool and Nottingham.

Chris Thomas, IPPR principal research fellow, said it was “shocking that so many people don’t even make it to retirement age before the effects of ill health start to take a toll on their lives”. “The fact that it is the poorest that are likely to suffer ill health earlier shows that this is preventable,” he added.

The Northern Health Science Alliance, which represents the region’s health and life sciences sectors, said the findings demonstrated “a causal relationship between poor health and wealth”.

According to the study, health inequality could explain as much as a third of the productivity gap between the north of England and the rest of the country. The north and Midlands both had worse health and lower levels of productivity than the south east, London, and east of England, it found.

Calling for more emphasis to be placed on disease prevention and better care for those who have already developed chronic conditions, the report highlights evidence from the Journal of Medical Economics showing that if best practice in the management of Type II Diabetes was deployed it could create workplace productivity benefits worth £1,500 per person.

The report said that while money alone will not deliver the needed transformation, health expenditure should be seen as an investment rather than simply a cost to the public purse.

It suggested that such a move may challenge traditional thinking in the Treasury which it described as “a department with both the power and the inclination to focus on short-term cost containment”.

Meanwhile, life sciences innovation should be focused on tackling health disparities between different parts of the country, the researchers said.

They said the NHS should start setting ambitious health inequality targets for different illnesses and expand the use of community diagnostic hubs and primary care facilities.

Richard Sloggett, founder of Future Health and former adviser to Matt Hancock, the former health secretary, said the coronavirus pandemic had shown health was the country’s “most important personal and national asset”.

He added that political and health leaders needed to set a new direction to establish “a higher quality and more equitable health system”, including making health as a strategic national investment priority.

AWS Launches Healthcare Accelerator Focused on Health Equity
We use cookies on our website to give you the most relevant experience by remembering your preferences and repeat visits. By clicking “Accept All”, you consent to the use of ALL the cookies. However, you may visit "Cookie Settings" to provide a controlled consent.
Cookie SettingsAccept All
Manage consent