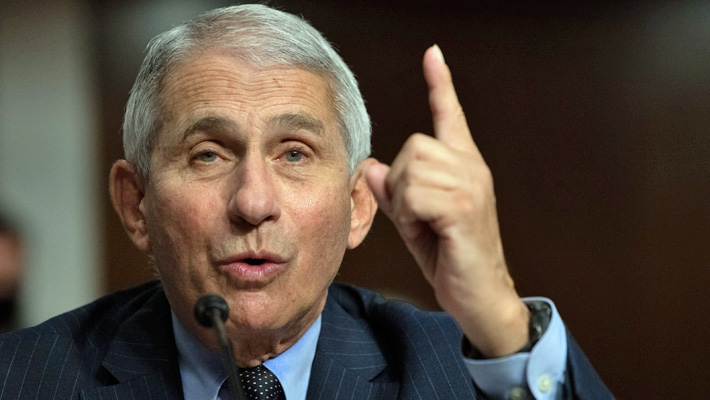 During a Senate Health Committee on Wednesday, Rand Paul attempted to argue that New Yorkers have reached “herd immunity,” causing Dr. Anthony Fauci to dress down the senator from Kentucky for repeatedly making false and dangerous statements about the pandemic.

The showdown began when Paul criticized Fauci for “lauding” New York for its shutdown even though the state had one of “the highest death rates in the world.” Fauci immediately told Paul that assertion is wrong and made it a point to note these remarks were becoming a pattern.

“You’ve misconstrued that, senator, and you’ve done that repeatedly in the past,” Fauci said.

Fauci informed Senator Paul that New York got hit especially hard at the beginning of the outbreak, but the state has brought its rate of positive COVID cases down to one percent thanks to following health guidelines such as wearing a mask, washing hands, social distancing, and gathering outdoors instead of indoors. This response prompted Paul to interrupt Fauci with yet another incorrect theory.

“Or they’ve developed enough community immunity that they’re no longer having the pandemic,” Paul interjected. This remark earned Paul a pointed rebuke from Fauci who schooled the senator on how herd immunity actually works. Via The Hill:

“I challenge that, senator,” Fauci said, before asking for more time to finish his response “because this happens with Senator Rand all the time.”

“You are not listening to what the director of the CDC said, that in New York [the infection rate is] about 22 percent. If you believe 22 percent is herd immunity, I believe you’re alone in that,” Fauci said.

You can watch Dr. Fauci’s takedown of Rand Paul above.