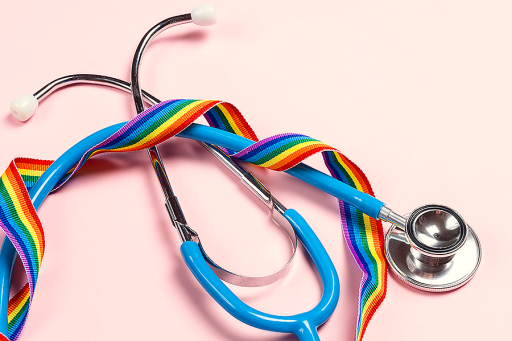 SGM populations represent diverse individuals who suffer from a variety of health disparities. Unique forms of stress resulting from discrimination and prejudice targeting SGM identities are at the heart of these disparities, and drive poor health outcomes and risky health behaviors.

“Heterosexism operates as a system of interrelated cultural, legal and social structures that assume compulsory heterosexuality, and marginalize and penalize those who don’t conform to that expectation, thus perpetuating inequality” says Hequembourg, whose research focuses on understanding why SGM individuals are at risk for experiencing adverse health outcomes.

“Sexual minority stressors, such as repeated exposure to daily micro-aggressions and prejudice, are rooted in heterosexism to adversely impact SGM individuals and result in chronic strain that exacerbates poor health outcomes.”

Hequembourg spoke to UBNow about the issue, her research, what can be done about these health disparities and how this population is especially at risk during the coronavirus pandemic.

Define who you mean by sexual and gender minorities, or SGM. Who is included in this population?

Language is complex and constantly shifting as it relates to people’s very personal experiences of their sexuality and gender identity. For the purposes of research, the National Institutes of Health’s (NIH) Sexual and Gender Minority Office defines gender and sexual minorities as including, but not limited to: individuals who identify as lesbian, gay, bisexual, asexual, transgender, Two-Spirit, queer and/or intersex. Individuals with same-sex or same-gender attractions or behaviors and those with a difference in sex development are also included.

The popularized acronym LGBQ+ typically refers to sexual identities, while sexual orientation is more encompassing, including identity, attraction and behavior.

Importantly, sexual orientation is distinct from gender identity. Transgender, according to the Human Rights Campaign, is an umbrella term for people whose gender identity and/or expression is different from cultural expectations based on the sex they were assigned at birth. Some transgender individuals may identify as gender non-binary, gender non-conforming, gender fluid, or gender queer. Transgender individuals identify across the sexual-orientation spectrum.

What are the health disparities that make this population disadvantaged?

My own community-based research has identified elevated rates of victimization across the lifespan among sexual minorities, including childhood sexual abuse, peer victimization, partner violence, and sexual aggression and assault.

In addition, SGM populations are disadvantaged in terms of the social determinants of health. Intersectionality of identities (e.g., Black and bisexual) perpetuates barriers to protective health behaviors. As a faculty member in the School of Nursing, I am particularly concerned with discrimination in health care settings.

Because SGM populations are very diverse, rates of adverse health outcomes and risky health behaviors vary within this population. For example, our research has found that bisexuals — particularly women — experience unique microaggressions (e.g., regarding assumptions of hypersexuality) and are at higher risk than lesbian and gay individuals for hazardous substance use, poor mental health outcomes and interpersonal violence across the lifespan. Transgender and gender non-conforming individuals — who continue to suffer from extensive legal and social discrimination — are disproportionately at-risk for poor health outcomes.

How has COVID-19 widened these health disparities?

What changes need to occur to improve health conditions among these populations?

Although the complex processes underlying SGM health disparities are still under investigation, efforts are underway to develop evidence-based strategies to prevent or mitigate health risk behaviors and poor outcomes among this vulnerable population (e.g., behavioral-based interventions to reduce alcohol use and mental health symptoms).

Structural-level changes, including laws that improve equity and reduce discrimination (e.g., same-sex marriage, fair housing and employment policies) also have been found to positively influence individual health outcomes. The latter changes are critical to level the playing field to improve overall health among SGM populations, while individual behavioral interventions are necessary to intervene with those who are most at risk for poor outcomes.