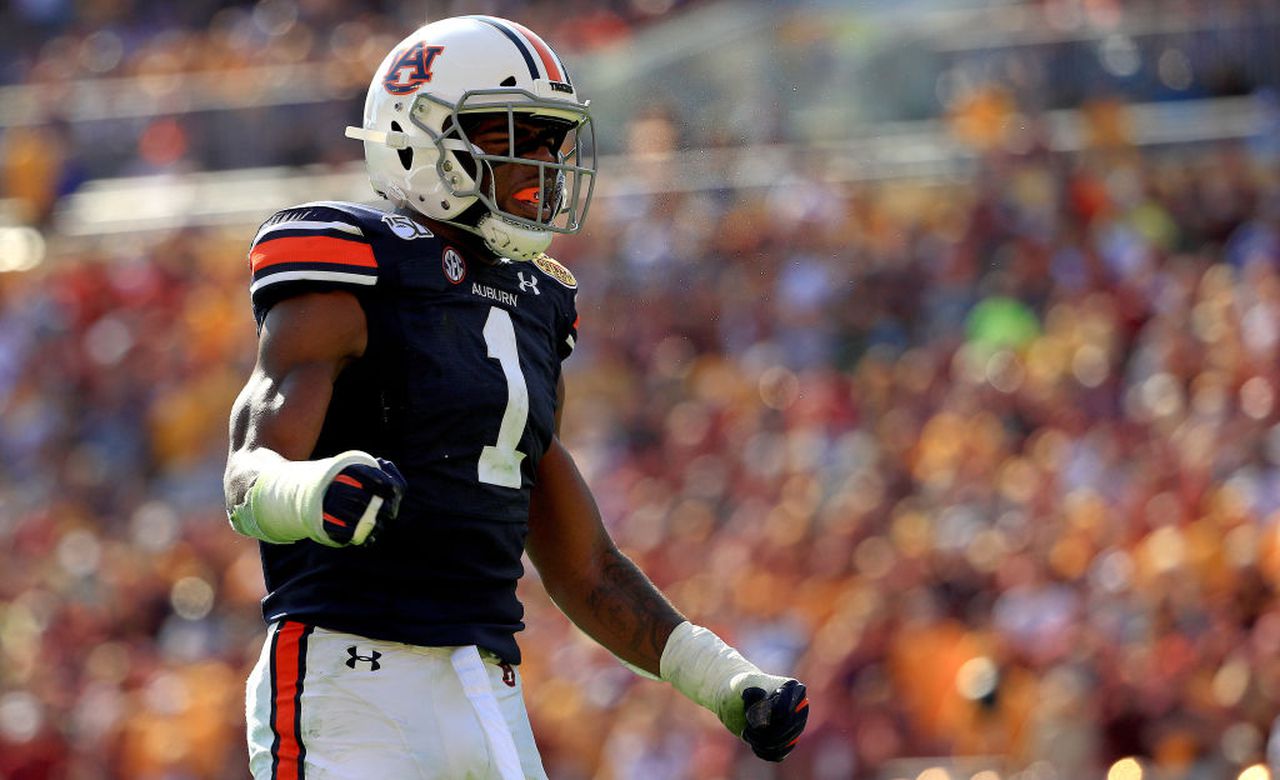 It’s been a difficult year to handicap college football teams.

Bettors have had to wade through a combination of opt-outs, practice disruptions, COVID game cancelations and injuries, often with teams being less forthright than usual about who may or may not be available.

I’ve fallen victim to that a few times, failing to account for Auburn’s many injuries when handicapping the team’s game against Arkansas.

So although Gus Malzahn sounded optimistic about several key players on Sunday, until we know more information, it’s not a good idea to bet on Auburn at South Carolina.

The Tigers were 3.5-point road favorites as of Tuesday morning.

My current power rankings, which are based solely on which team I’d favor on a neutral field as of today and only rank the 77 FBS teams currently playing, slot Auburn at No. 16 and South Carolina at No. 22.

Home-field advantage has been more difficult to ascertain this season, but sharp handicappers have settled on anywhere between 1 to 3 points. Let’s split the difference. Is Auburn really 5.5 points better than South Carolina right now on a neutral field?

If the team gets healthier by Saturday, it’s fair to make Auburn a road favorite of a field goal or more. If not, I expect the Gamecocks to cover.

Running back Kevin Harris and receiver Shi Smith can play. SEC StatCat counted 11 dropped passes through South Carolina’s first two games, and the team added several more against Vanderbilt. But if his targets start holding onto the ball, quarterback Collin Hill is due for a decent game.

South Carolina also has the ability to get into the backfield and disrupt plays, which tends to bother Bo Nix. Kingsley Enagbare and Ernest Jones have combined for 7 TFLs, third-best among SEC duos this season. And the Gamecocks have a strong pair of cornerbacks.

Tank Bigsby was a revelation for Auburn last week, but Will Muschamp is very good at game planning to stop a team’s top options. South Carolina will try to make someone else beat them.

The Gamecocks are not the second coming of 2019 LSU. But they’re better than the Arkansas team that Auburn just escaped.

Let’s take a look at Auburn’s injury issues by position group and evaluate how they’ve impacted the team.

Without the top-end NFL talent and without the same depth and experience, the team needed to stay healthy at the position this season.

Team captain Big Kat Bryant missed the Arkansas game. DaQuan Newkirk left the game due to an apparent knee issue, though he did return.

Jay Hardy, projected as Bryant’s backup by Phil Steele, missed the first three games due to a foot injury. Daniel Foster-Allen also has dealt with an injury.

If Bryant returns to something approximating full strength against South Carolina, it would be a big boost. But this unit no longer is one of the best in the SEC. Missing any player from the full-strength two-deep is tough.

In general, linebackers often reap the statistical benefit of a good defensive line, especially against the run.

If the defensive line shoves the offensive line backward 3 yards and prevents them from blocking downfield, it makes it easier for linebackers to sniff out running backs.

Auburn’s personnel instability at defensive line is compounded by the loss of starting middle linebacker K.J. Britt, a first-team All-SEC candidate, to a thumb injury.

Chandler Wooten and Josh Marsh opted out of the 2020 season. O.C. Brothers and Romello Height have been out due to injury as well.

There are some linebackers on the field right now that wouldn’t have been Auburn’s first choice based on the roster the day that last season ended. It’s a good thing that Owen Pappoe remains healthy.

Safety Jordyn Peters left the Arkansas game with an injury.

JUCO transfer cornerback Marco Domio, who was competing for a starting job, hasn’t played yet due to injury.

Auburn has had instability at all three levels of its defense.

Normally, the Tigers would present a challenge to an offense like South Carolina’s that’s just OK relative to SEC standards. But right now, coordinator Kevin Steele is the one facing a weekly challenge.

Running back Shaun Shivers and receiver Eli Stove were primary options in the season opener against Kentucky. Shivers hasn’t played since then, and Stove got just a few snaps into the Georgia game before going down.

Tight end Brandon Frazier, expected to contribute, has not been healthy.

Receiver Seth Williams has been occasionally gimpy as well.

On a team with a reworked offensive line and a quarterback who tends to get spooked when pressured, a rotating cast of skill players makes it more difficult to get into a rhythm on offense.

Auburn basically returned one starter from last year’s offensive line. This was one of the team’s biggest question marks entering the season.

Continuity is perhaps more important at offensive line than it is at any other position group.

The COVID-induced practice disruptions during the offseason weren’t ideal for the reworked Auburn offensive line. Then Brodarious Hamm had to play through an injury last week, while Austin Troxell missed the game as well.

The line performed well against the Razorbacks, propping up Bigsby’s stats to a degree. But Auburn still has not been able to play with the same five players at the same five spots, which probably has prevented maximum improvement.

Even if players like Bryant, Simpson and Shivers play against South Carolina, there’s no guarantee they’ll be 100 percent, especially after missing practice time.

Auburn’s defense is especially vulnerable right now, as Arkansas demonstrated in the second half of Saturday’s game.

Perhaps the Tigers will return closer to full strength prior to Saturday’s kickoff. If so, I think Auburn -3.5 is a fair price.

But there are so many unknowns with this roster right now, so it will be key to monitor the news and wait until late in the week if you bet this game.

Christopher Smith is a professional handicapper who specializes in college football and basketball. He’s the founder of Sports Locksmith.