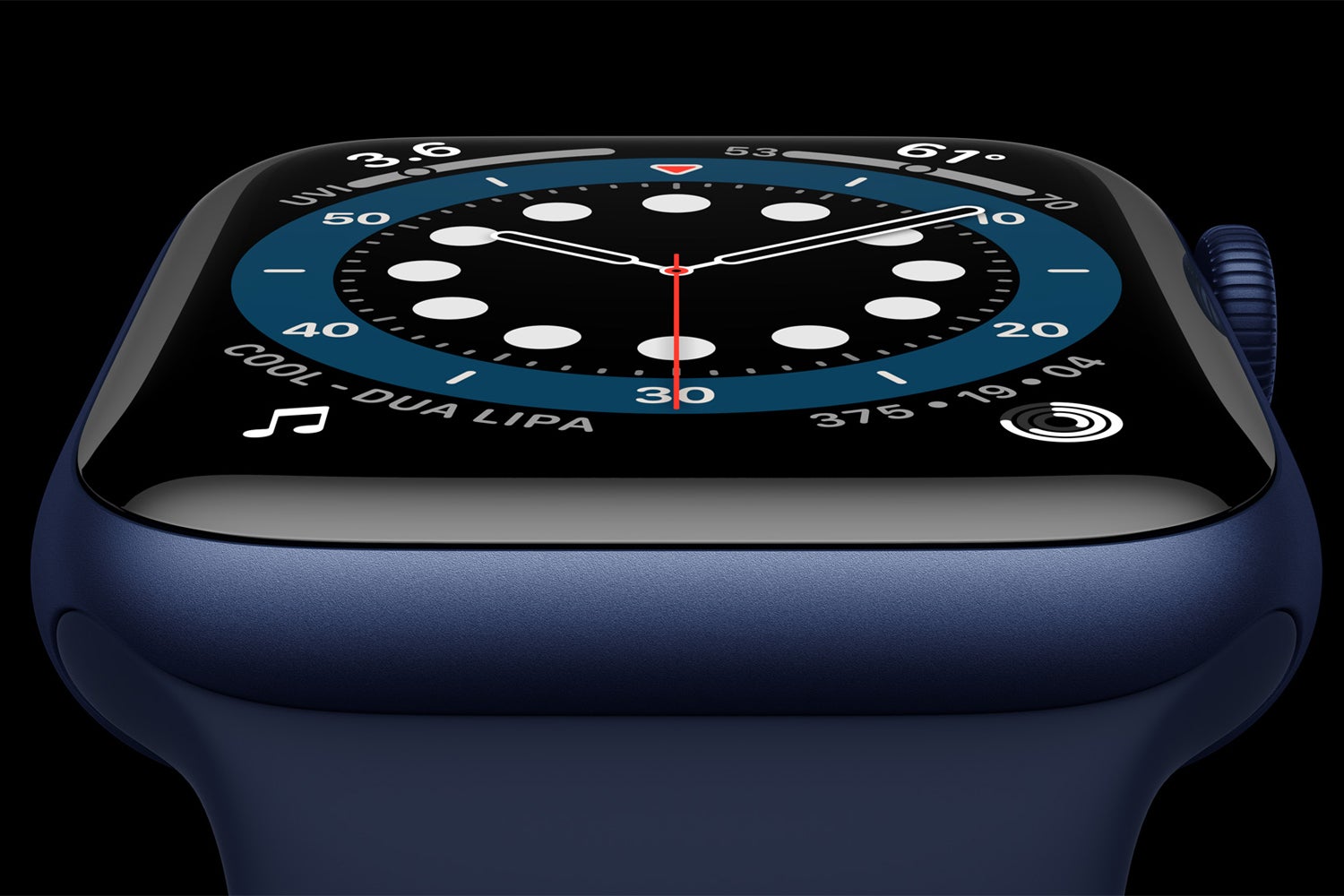 Apple Watch 6 review: a sensor-packed smartwatch every fitness and tech fan will love

Usually smartphones dominate a tech company’s product reveal event and smartwatches just aren’t as big a deal. But there’s no reason it needs to be this way and last week’s Apple September launch event was focused on the new Apple Watch.

According to Deloitte’s latest Digital Consumer Trends research, ownership of smartwatches and fitness bands have registered the highest growth rate in the last five years of any digital device in the UK. In 2015, only two per cent of consumers had a smartwatch, and now that figure is more like 13 per cent.

We’ve been trying out the Watch Series 6 for the past few days, the flagship model in Apple’s wearables range. Here’s what we think of the new smartwatch.

Not much has changed in the Watch 6 compared to last year’s Watch 5 when it comes to design but that’s not necessarily a bad thing. The Watch 6 features the same 40 or 44mm curved always-on Retina display, with the digital crown on the side.


The display has been enhanced so it’s up to 2.5 times brighter than the Watch 5. Apple says you get the main benefits from this outdoors but it’s just as much of a bonus indoors — you can really enjoy the benefits of a brighter screen.

It feels like the movements of the digital crown have been improved, there’s a much more satisfying click when using the scroll button though that could be down to the fact we’ve been trying the gold stainless steel variant, as opposed to the aluminium casing.

Speaking of cases, Apple has added even more colours to its line up this year, including a (PRODUCT)RED version for the first time, and a new midnight blue colour. Rumour has it that there will be a new midnight blue iPhone so if matching your watch to your phone is your kind of thing, then this is a winning combo. The bands have been upgraded too: a new Solo Loop band does away with the traditional clasp and promises to be more comfortable on your wrist too.

There are several new sensors in the Apple Watch 6 which we’ll get to in a minute, but there’s no point packing a watch full of sensors if it can’t sustain them either through a decent battery life or powerful processor.


Luckily, Apple has made sufficient improvements to the Watch 6. Inside, the gadget features a new dual-core processor based on the iPhone 11’s A13 Bionic. In practical terms, this means the Watch 6 runs up to 20 per cent faster, allowing apps to launch faster, and without compromising on the battery life. We would even go so far as to argue that the battery is better than the 18 hours Apple promises, which is essential given the addition of sleep tracking. It also helps that it only takes 90 minutes to fully charge the Watch from zero too if you do run it down. As well, if your phone is upgraded to iOS 14, you can even get notifications when your watch is fully charged, so you know when it’s ready to go.

Other new features in the Watch 6 include the U1 chip and ultra-wideband antennas. This supports short-range wireless location — if you’re a smart home advocate or drive a high-tech car, it’s this that will allow you to unlock your car with your watch and, in the future, even your home. At the reveal for watchOS 7 back in June, Apple was very keen on showcasing the benefits this tech will have on your life, so it will be exciting to see how this materialises in the future.

The only performance-related issue we’ve found so far has been to do with the delivering of message notifications. Not sure if this is an iOS 14 issue or related to watchOS 7 but when it comes to receiving notification such as from WhatsApp, they often aren’t delivered or are delivered a few minutes later. This is something we never found with the Watch 5 and iOS 13, so we’ll have to wait and see if this is just a software bug that will be straightened out in future updates.

The main pull with the Apple Watch is always the health and fitness features and Apple has gone all out for the Watch Series 6.

One new sensor is the blood oxygen sensor which can analyse the percentage of oxygen being carried by red blood cells. This sensor uses four clusters of green, red and infrared LEDs, along with the four photodiodes on the back crystal of the Watch to measure light reflected from the blood. It’s a seriously impressive piece of tech on a device so small. It can carry this out on-demand via the Blood Oxygen app as well as occasionally throughout the day.

The company says this is a chance to give people more insights into their body and is partnering with health researchers to understand how blood oxygen measurements can help with the management of heart failure, as well as if it could serve as an early sign of flu and Covid-19. This is the latest instance of a wearable being used to measure vital signs, and given the current pandemic, it’ll be interesting to see what these results show and how it could make a difference to the wearer’s life.


Speaking of Covid-19, a new feature in watchOS 7 is the handwashing countdown. If Popbitch’s weekly email is anything to go by, there’s many a celebrity that could benefit from this. There’s also a reminder to wash your hands if you haven’t within a few minutes of returning home – this isn’t something we’ve been prompted to do yet but like with trying not to touch my face it will surely be a feature of Covid and post-Covid life.

When it comes to fitness, Apple Watch fans will be able to enjoy the full benefits of Fitness+ when it arrives later this year. In the meantime, a new always-on altimeter will provide information on your elevation. Going for a hike? It can track small elevations to give you a constant reading of how high you’re going. The new watchOS 7 software brings improvements to the fitness side of things such as the re-designed Fitness app and new tracking for things such as dance and cooldown.

WatchOS 7 also heralded the arrival of sleep tracking, a feature many Watch customers have been asking for for years. At the moment the insights aren’t as complex as Fitbit’s, but it interesting to see the time we’re awake in the night. At the moment, we’re not too used to wearing the Watch in bed but for those who are into their sleep tracking, it’s great to see this finally added to the Watch.

If we thought we loved the Watch Series 5, then the new upgrade has blown that out of the water. It’s also interesting to see the developments Apple is making in the Watch’s tech and where that could potentially take us, such as unlocking your car or home with your Watch and how the health sensors could potentially inform the wearer that they may have the flu or something like Covid-19. Given that we’re going into the real flu season for 2020, and many people will become concerned over whether they have a normal cold or the virus, getting those extra insights before a test would certainly help the UK’s testing bottleneck.

If you’re looking for an sensor-packed device, that looks great and functions not only like a Watch but an extension of your smartphone, then really the Watch Series 6 is the ultimate choice.

What about Apple Watch SE?

For those who are on the fence about forking out for the full Watch 6, then the SE is a great introduction to the range. You have the same design as the Watch 6, as well as the same accelerometer, gyroscope and altimeter for fitness tracking, not to mention the fall detection and the Noise app which was particularly popular last year.

The SE is not as fast and powerful as the 6 however, owing to the fact they feature different processors, and you won’t get the blood oxygen sensor. However, for a lower price of £269, the SE is a great alternative. Apple.com

Ask the Doctors: What makes a food ‘processed’? | Health & Fitness