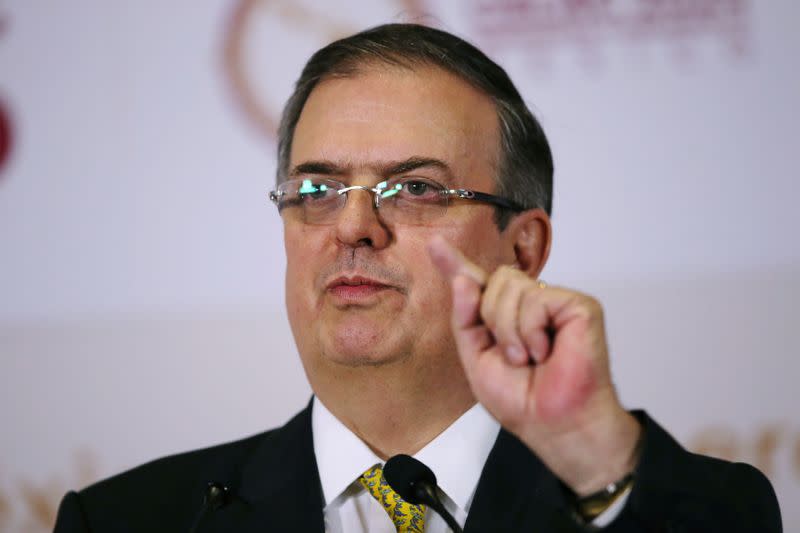 MEXICO CITY (Reuters) – Mexican Foreign Minister Marcelo Ebrard on Tuesday said his country will finalize this week a deal to join the World Health Organization’s global COVAX plan, which aims to deliver at least 2 billion doses of coronavirus vaccines by the end of next year.

A dozen Central and Latin American countries had informed the WHO that they would request more time to sign up for the COVAX multilateral mechanism after the midnight on Friday deadline to formalize legally binding documents.

Ebrard also said Mexico is also preparing for Phase 3 coronavirus vaccine trials with companies from around the globe, with seven companies either signed up to carry out the final-phase trials in Mexico or showing interest in doing so.

“We are going to be in Covax this week and we are going to have these Phase 3 vaccine projects in Mexico,” Ebrard told a press conference. Coronavirus vaccine: WHO’s Covax plan lays out how vaccine will be distributed

Under the plan, rich and poor countries will pool money to provide manufacturers with volume guarantees for a slate of vaccine candidates. The idea is to discourage hoarding and focus on vaccinating high-risk people in every participating country first.

“If and when we have an effective vaccine, we must use it effectively,” Tedros Adhanom Ghebreyesus, director general of the WHO, tweeted Sunday. “And the best way to do that is to start by vaccinating some people in all countries, rather than all people in some countries.”

But Covax, which launched in June, is not getting the support it hoped for as vaccine nationalism takes hold and big economies buy up stocks for their own populations.

The White House said this month that the United States would not join, in part because the administration doesn’t want to work with the WHO, and will instead take a go-it-alone approach.